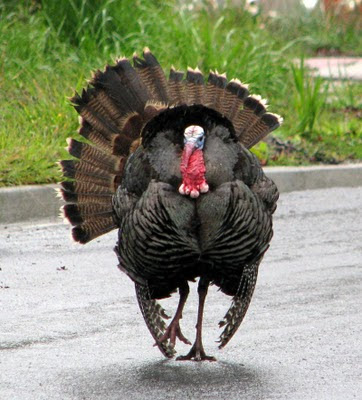 We wrote about turkeys last month (click here to see the post), and mentioned a turkey in Walnut Creek that was playing chicken with cars on a residential street.   I dug up some video I took of that bird, edited it a bit, and put it on YouTube.  Take a look, some scenes are truly hilarious.  And see if you can spot the cameo appearance by Santa Claus.

The locals called the turkey 'George'.  But just like the old saying, 'if you play with fire, you're going to get burned', George met his match a few weeks after I took that video.  I read about it in the local paper (in a news article, not the obits).   Maybe we should nominate George for a Darwin award? 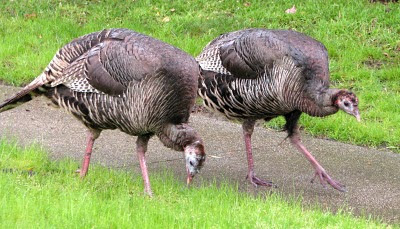 We were recently reminded of this encounter because we saw turkeys roaming the streets of El Cerrito, CA, USA, last week.  These free-ranging turkeys, a tom and three hens, were not interested in playing chicken with the large steel critters that drove by.  The hens just kept to their own business.  The tom stopped to talk to a local before moving along as well. Maybe they just had more horse sense. 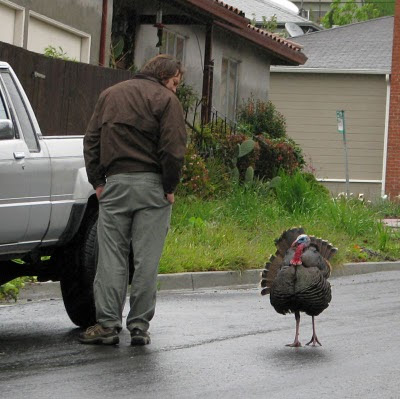