An Oriole Takes a Bath 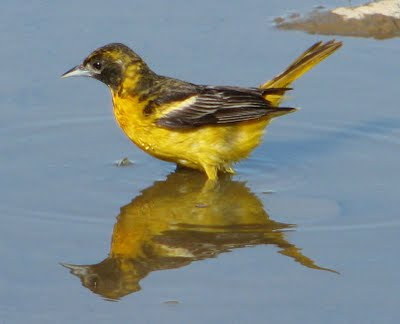 When we were on vacation in New York in May, we drove out to the easternmost tip of Long Island, to Montauk Point.  We were hoping to get a picture of a Montauk Monster for this blog, but alas, none were to be seen. We took a long, meandering drive through the burgeoning vineyard country out in western Suffolk County, in farm land that has managed to hold on against the tide of suburban sprawl.

Out at The End, as Montauk is known, we got these pictures of Baltimore orioles (Icterus galbula), one taking a bath in a mud puddle, the other watching from an awkward perch on a thicket of dead vines. 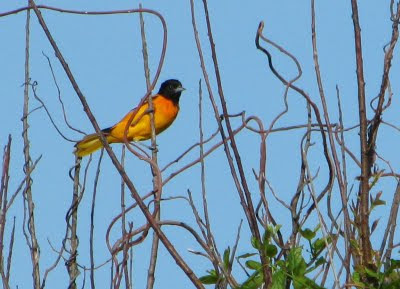 The orioles are impressive birds with their bright orange coloring and a pretty song that reminds me of a meadow lark  or red-winged blackbird.  There are no orioles in California so they are a special treat for us. 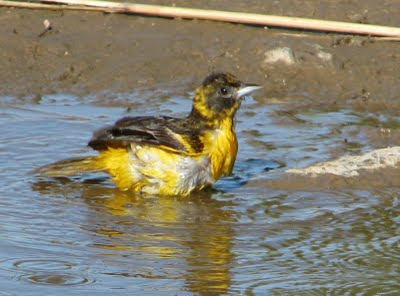 Locals say they are not common on most of Long Island, but they are commonly seen in apple and other fruit orchards in upstate New York.  They eat bugs, not fruit, so they are welcomed by the farmers.

Perhaps this pair was on a migratory trip down south and just stopping by a favorite tourist destination.
Posted by Paul Why at 1:17 PM