We Caught a Spotted Fawn 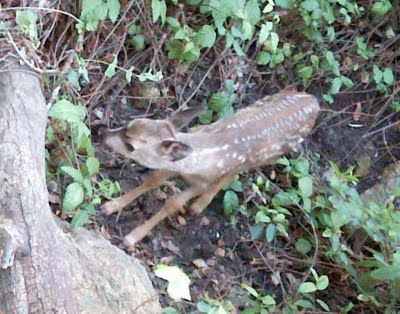 Look what we caught on our game camera this week.  A spotted fawn!  It passed by the camera a couple of times and we got several good shots, including that second one of the newborn gingerly stepping over a log on brand new legs. Our speculation that at least one of the local does was pregnant has been confirmed. This baby can't be much older than a week. Hopefully, we will see more than just one this spring. 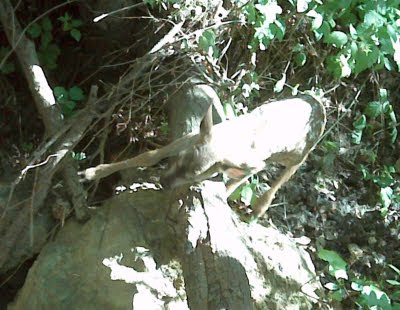 Strange, we did not see its mother.  Probably the doe passed by the camera too quickly. My main complaint about this camera is that it takes several seconds after the motion sensor is triggered before it takes a picture.  Many times we see just the tail end of an animal after it has passed nearly through the frame.  Other times we get pictures of nothing but the ground and the flora, because whatever triggered the camera is long gone by the time it snaps a photo.  In fact, we get 5 or 6 pictures of nothing for every photo of an animal.  If it was quicker, we would have a lot more photos to share.  Hey, Moultrie - if you are listening, please improve this! And anyone who is buying a game camera, be sure you consider this factor. 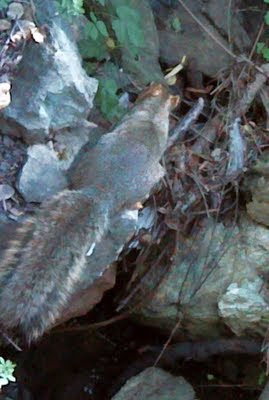 We also got this picture of  a squirrel, a first for our game camera.  I think we will leave it in this same location for another week and see what else passes.
Posted by Paul Why at 10:00 AM